YMCA Newcastle, an independent charity supporting young people aged 11-25 has pledged to continue its fight against poverty in the region.

The charity has been working in Newcastle since 1849 and helped 2,583 young people in the areas of support, housing, health, well-being and employability last year. They have pledged to increase the number of young people to receive support from their bases in The City Centre and in Walker thanks to a donation from The Guy Readman Endowment Fund at The Community Foundation.

“There has been significant changes to the sea of support available to the City’s young people in the last 7 years” says Jeff Hurst, CEO. “Multiple youth projects in The City Centre have closed, the council has terminated its youth service and housing benefit for under 25s has been removed, to name but a few. Meanwhile, 50% of Newcastle school leavers don’t get 5 GCSEs, and 50% of children live in households below the national poverty line. Support services like ours are among the very few remaining to young people: We offer a fun, safe environment for them to make friends, grow in confidence and develop essential personal, social and workplace skills”. 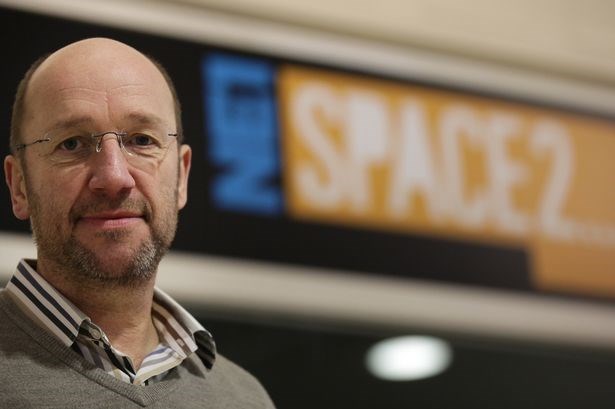 The charity has a fantastic track record of supporting young people to overcome their disadvantage.

They delivered 790 employability sessions in the last year, with 65% of participants in one centre going on to secure a job, an apprenticeship or a higher education course space thanks to YMCA Newcastle’s help. 1,132 improved their physical health and fitness through free games, sports and fitness activities and 320 were supported to overcome a significant crisis such as being made homeless.

Kyle, 17, says YMCA Newcastle gave him the confidence to kick-start his career and take up a job offer, thanks to the support he received at SPACE2…’s Job Club. “SPACE2…. is fantastic” says Kyle. “It helps get young people off the streets: it feels like home, it is warm and safe….I couldn’t have gotten the job without their support”.

The late Guy Readman had commended the charity in 2012, writing that of the “umpteen youth charities in Tyne and Wear” that he has visited, YMCA Newcastle is “one of the most effective in “helping young people with problems remain in or have the best chance of returning to society”.

“We’re very grateful for the support of The Guy Readman Endowment Fund” says Jeff. “Our services are shaped by local need and this donation will allow us to continue to address gaps in current provision and ensure we can support more young people in the region throughout the next year”.

“In November 2016 we brought Julia Unwin to North East, who was then the Chief Executive of the Joseph Rowntree Foundation, to talk about poverty in the UK.

“Our aim was to engage our donors in debate about how philanthropy can be part of the solution to tackle poverty, a hugely complex issue which is prevalent in many areas of our society. Through the Guy Readman Endowment Fund we set a challenge, asking groups to apply to us for funding if they can help to tackle poverty. YMCA Newcastle is a great project that is based in the heart of our community, it does good and inspires change by working with young people in many different capacities.“

“We look forward to seeing how philanthropy can continue to shape North East England, and make a difference by supporting the good organisations in our Community such as YMCA Newcastle.”

The charity’s projects in Walker and The City Centre are open daily Monday-Friday to young people aged 11-25.