Rabbie Burns and His Connection to YMCA Newcastle

Who was Robert Burns?

Robert Burns, more affectionately known as Rabbie Burns, was a Scottish poet who lived in the late 1700’s. Best known by most for his poem ‘Auld Lang Syne’ which is heard world wide, being sung as we celebrate the coming of a new year. Today Burns is considered the National Poet of Scotland and is celebrated annually on the 25th January, his birthday, when Burns societies from around the globe hold Burns Suppers or Ceilidhs and enjoy an evening of poetry and haggis. So, how exactly is our community cafe and centre in Walker Park connected to the national Scottish bard?

Burns only ever left his native Scotland on three occasions, all in 1787 when he was touring the Borders of Scotland and England, one of his journeys across the border lasted five days and included an overnight stay in Newcastle.

Fast forward 100 years or so and Newcastle is now a bustling industrial city and the banks of the Tyne are scattered with ship yards, with many workers coming from Scotland to find work and establishing Burns societies throughout the region. In 1901 the Walker Burns Society raised funds to erect a statue in Walker Park to commemorate the visit of their National Poet to the area. 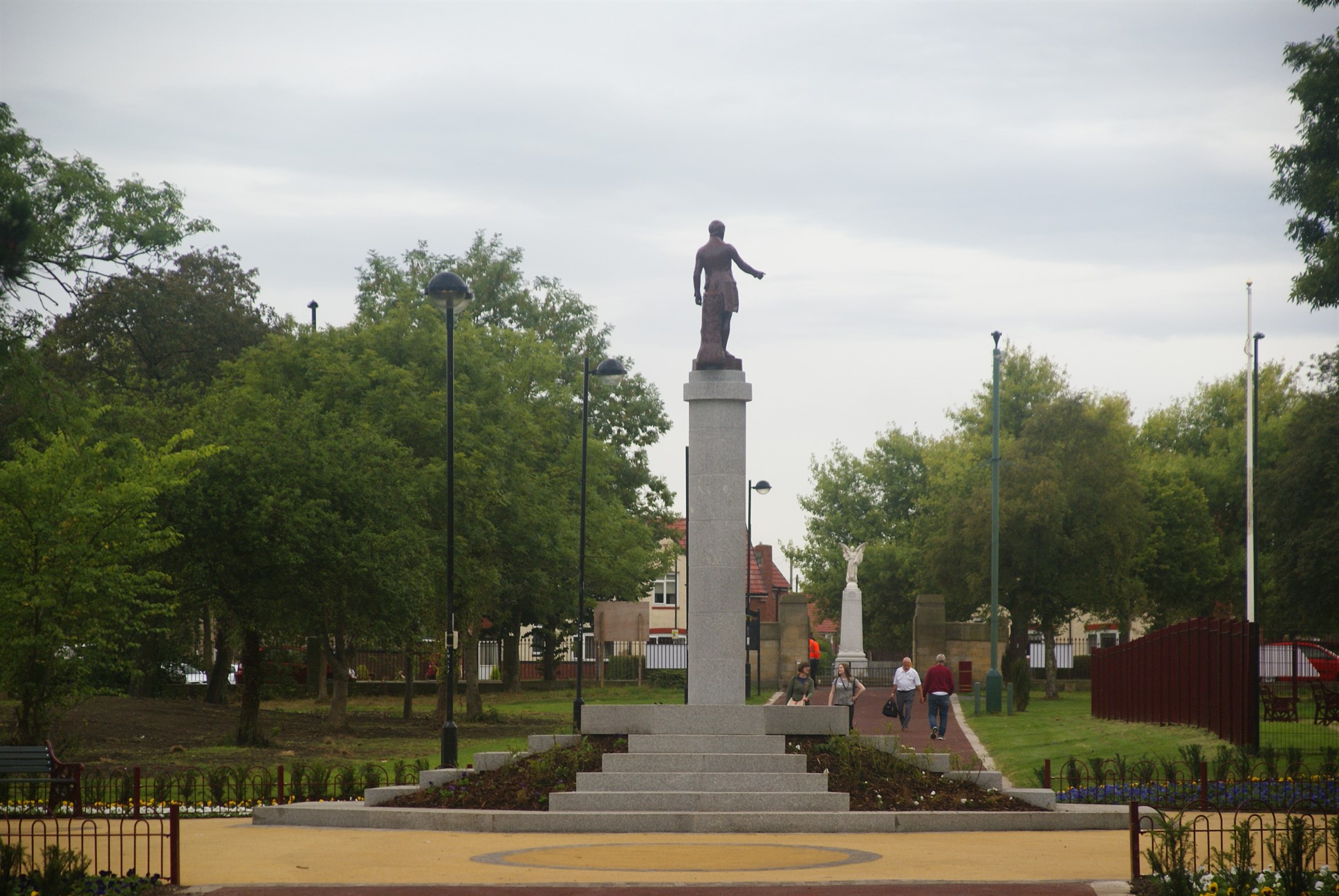 The original statue stood nearly 2 metres high, atop a 2 metre plinth and featured a water fountain at the base of the plinth with hexagonal steps and flower beds leading up to the fountain. Unfortunately by the 70’s the statue had lost its former glory due to ageing so the North East Federation of Burns Clubs raised funds for the statue to be refurbished and relocated to Heaton Park but once again due to vandalism the statue was in a sorry state, in fact all that was left atop the plinth was Burns’ torso and legs. The statue, and dislocated head and arms, were put in storage and left to collect dust.

This February we are hosting a Burns Night Ceilidh at our Walker Park Centre, the home of the original Burns statue. Join us for a Burns inspired celebration of locally-inspired poetry and all things distilled. The evening includes Burns themed canapes and cocktail on arrival, and we will be showcasing local distilleries and brewers. A traditional ceilidh band, The Blind Stag, will have us dancing the night away. The band will guide us through the steps, so don’t worry if you’ve never been to a ceilidh. Remember to come wearing a splash of tartan!