YMCA Newcastle has launched a campaign throughout November to raise funds to support young men in Newcastle to combat mental health issues, and the problems that come with them such as unemployment, homelessness, drug and alcohol misuse and suicide.

Suicide is currently the leading cause of death for men aged 20-34 in England, and a young man in the North East is three times more likely to take his own life than elsewhere in the country with 78% of North East suicides being men. YMCA Newcastle believes this is because men ‘man up’ and refuse to talk about their health issues or feelings, which is why we are calling for men to ‘Man Down’ and talk about their problems.

The highlight of the month long campaign will be the Man Down event, an afternoon to celebrate International Men’s Day and promote men’s health. The Man Down event will be taking place on Saturday 18th November from 12pm-5pm at YMCA Newcastle’s city centre project SPACE2… on Pilgrim Street which anybody is welcome to attend. The afternoon will include pool, table tennis and FIFA tournaments and YMCA Newcastle CEO Jeff Hurst will be sacrificing his beloved beard of 10 years to raise funds for the cause. Click here if you’d like to sponsor Jeff.

YMCA Newcastle Chief Executive, Jeff Hurst said: “It’s vital that we get young men talking about their problems, we can’t continue with this idea that men should man up and forget about their problems. Not having a support network around you can lead to an individual having some serious problems such as using drugs or alcohol as a coping mechanism which can then lead to homelessness.” 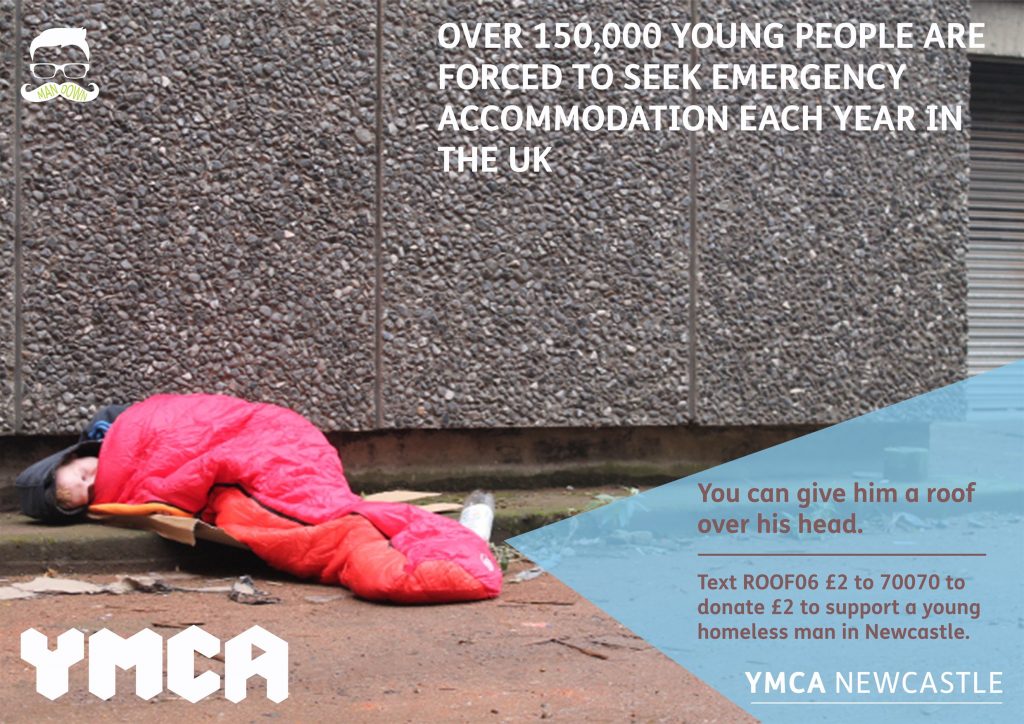